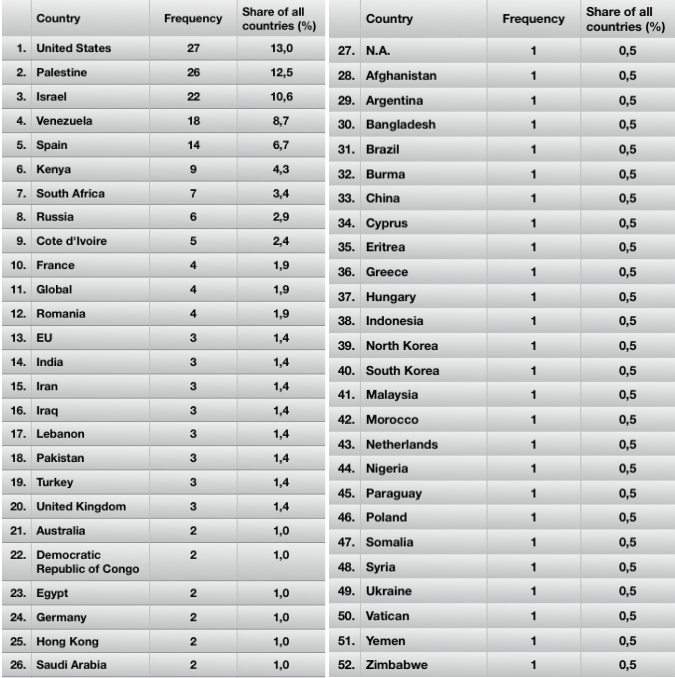 With 52 countries featuring in its protest headlines, AJE’s world of protest is the largest when compared to the other three channels in the sample.

Worth noting here is the small differences in occurrences between the first three countries in this ranking, which separates AJE from the other three global channels in focus.

Methodologically, three points should be made here and these are 1. The frequency of all countries appearing in a protest-related headlines was accounted for, which means that protest does not necessarily took place in all of these countries or to the extent displayed in this table; 2. When coding for countries, several ‘entities’, such as EU and Global, were added in order to capture as accurately as possible the news content; and 3. The percentages displayed in the table are based on the total number of occurrences of each country (in this case, n=208).

Cite This:
Screening Protest — "Share of Countries Appearing in Protest Headlines in the Daily Broadcasts of AJE 2017," in The Screening Protest Project, May 6, 2019
http://screeningprotest.com/share-of-countries-appearing-in-protest-headlines-in-the-daily-broadcasts-of-aje-2017/