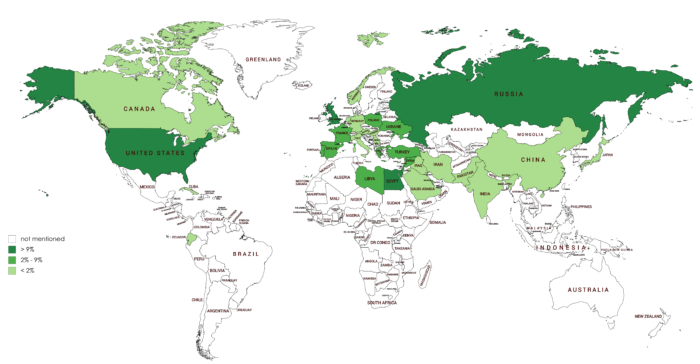 RT – whose world is the ‘smallest’ – has the next-largest protest map, after AJE, made up of 38 countries. RT’s most ardent interest lies in the US and UK. Worth noting is that RT has on its ‘protest map’ more countries of the Western world than any other channel (Canada, Western Europe) as well as more southern European countries (due to the anti-austerity mobilizations throughout the period).