Protest Paradigm in Reports about Euromaidan – 2014 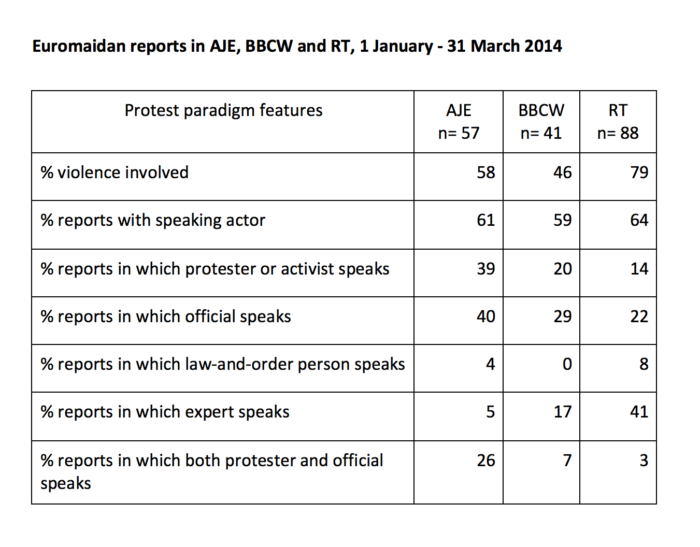 This table shows the features of the protest paradigm that were identified in the news reports about the 2014 Euromaidan protests in Ukraine. It presents at the top the total number of items in which news about the protests occurred, per channel, and on the rows below it shows how many times the protest paradigm features were identified in the news items as a percentage of each channel’s total reference for this specific case.