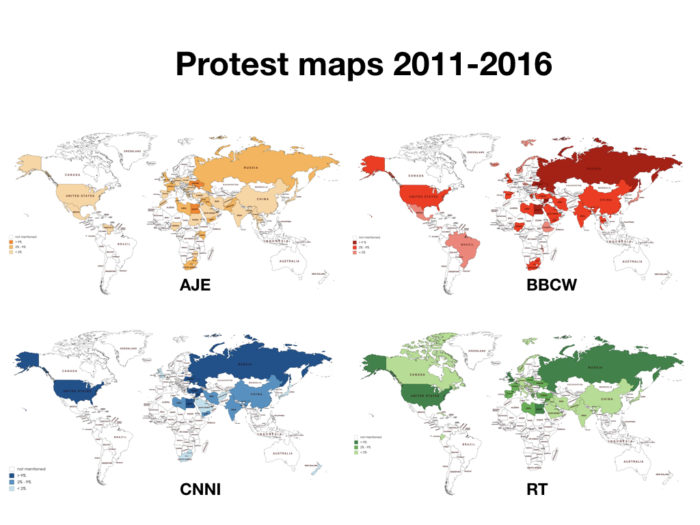 This is a comparative graphic of the protest worlds of our 4 main global channels for the period 2011-2016. The intense colours show the countries that have been mentioned the most in protest items. The maps dim down to show the parts of the World that were less reported on or not at all in connection to any protest movement.